Arthropods are often overlooked as victims of bushfire. Birds too mostly don’t just “fly away” as many people hope they will. Summer 2019/2020 was devastating for the small creatures that are critical parts of our biodiversity. Loss of habitat, territory, food and tree hollows meant that recovery will be slow and very challenging. Quite possibly some species will be lost. I clearly remember my team searching for evidence of surviving Green Carpenter bees at Hanson Bay Wildlife Sanctuary where there were known colonies. The predominantly banksia and eucalypt vegetation was nothing more than black sticks emerging from grey, ash-covered sandy soil, and there was no indication of surviving bees. We looked under sheets of iron in the vain hope something would have survived. We found bee parts later identified as the wings of Ligurian bees, and a metallic, textured green part of a cuckoo wasp – both identified by SA Museum’s Dr Remko Leijs.

During SAVEM’s 2019/2020 response we were approached by two “community sheds” – Rosefield Community Shed at Wayville, and the Southern Woodworkers Shed at Seaford Meadows – who offered to make bird nesting boxes and insect hotels to be installed on the Cudlee Creek and Kangaroo Island firegrounds. Rosefield also made some cover plates to reduce the aperture of some boxes already in situ at Hanson Bay, to make them adaptable for smaller species such as pardelotes. Some have already been shipped to the Island, and others are being distributed according to local needs.

Below is a picture of some of their great work. Sincere thanks to Ian and Robin, and their respective teams for thinking of the little creatures who are vital to any ecosystem. 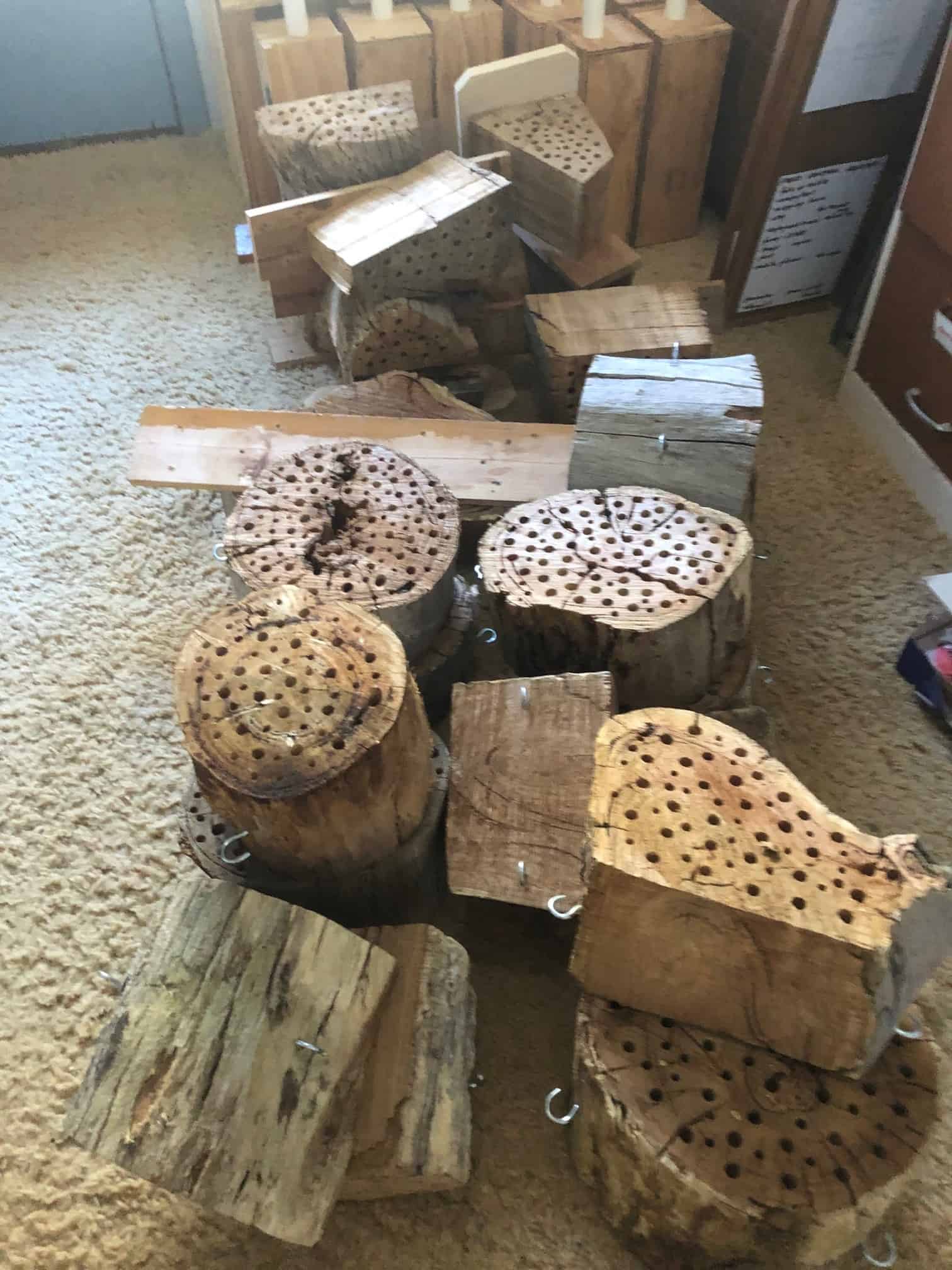