The Coles fire near Lucindale in the South East began on 19 January 2022, and burnt 6000 hectares of plantation timber and a small amount of adjacent farmland. Initially there were no reports of animal injuries, but as usual, animals began to emerge from their refuges at around week 3 after the fire, overwhelming local animal rescue groups who appealed for help. By this time animals were weak, malnourished and unable to move freely and feed, prompting serious concern for their welfare.

SAVEM was Activated to attend the Coles fire on 17 February 2022. We set to work preparing two teams of volunteers to leave SAVEM HQ on Saturday 19 February. The preparatory 36 hours were filled with a range of communications tasks and induction procedures required by some of the plantation timber businesses who owned land on the firescar.

Accommodation was sourced at Naracoorte. On arrival, SAVEM teams liaised with staff from the plantation companies, rangers from the Department of Environment and Water (DEW), personnel from CFS Region 5, the local Council and veterinary practice and a local wildlife carer who had excellent knowledge of the area.

Every fire is different, and the Coles fire was no exception. As our activation by PIRSA was four weeks after the fire was contained, the pattern of animal movement had changed to being seen mainly at dawn and dusk, and this became the preferred times for teams to deploy to the fireground over the next week.

This activation was productive and positive. SAVEM achieved good animal welfare outcomes and built valuable relationships with local agencies, businesses and individuals. Special thanks to the volunteers who attended this activation at very short notice.

The image below shows SAVEM 2 and SAVEM 3 at the Naracoorte accommodation. 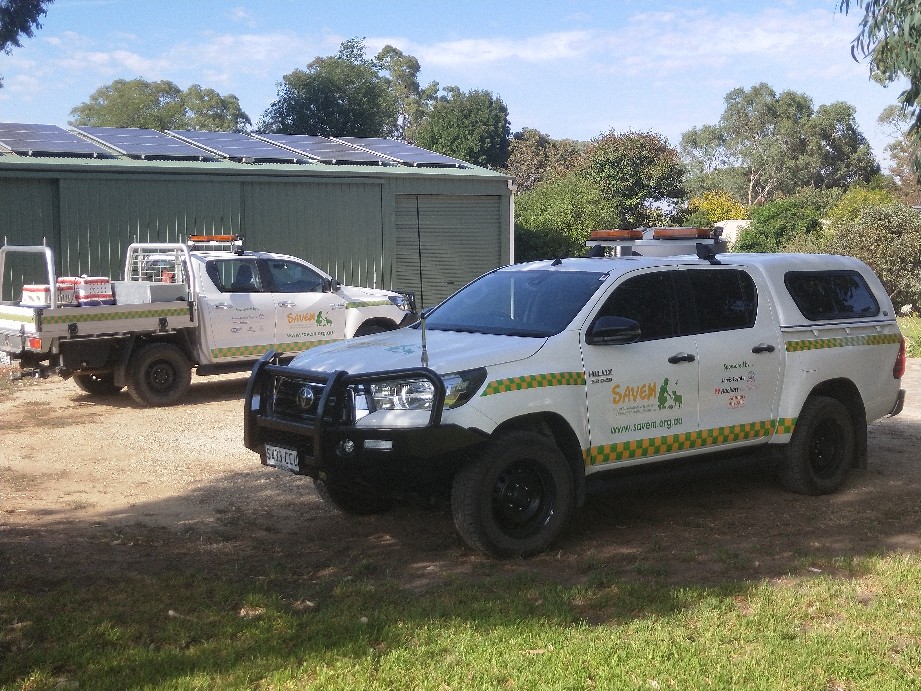