A few weeks ago SAVEM received an unexpected parcel in the mail – arriving from California. Inside a well-packed box were 16 Stars of Hope – plywood stars painted, decorated and annotated with images and messages of encouragement, gratitude and support. They arrived here just as we were learning of the American fires burning from Washington state to California.

Our Stars were sent by the Humane Society of San Bernardino Valley. They were made by students, scout groups and Humane Society volunteers and staff (including some veterinarians).  They are a beautiful, tangible and moving example of how people across the world unite, bringing care and kindness where there has been trauma and loss.

Start of Hope began in the US in 2007 after Hurricane Sandy hit the east coast. The Stars appeared on fences and hanging in trees, as symbols of compassionate outreach. Since then they have appeared in many communities struck by extreme weather events or violent crime, such as school shootings.

SAVEM will distribute the Stars to communities impacted by the 2019/2020 fires in South Australia. And we will be keeping one or two for our organisation, as a reminder of our friends in the US who are suffering too. We are working on ways to show them our return support. Extreme weather, fires and climate change are, after all, global problems. 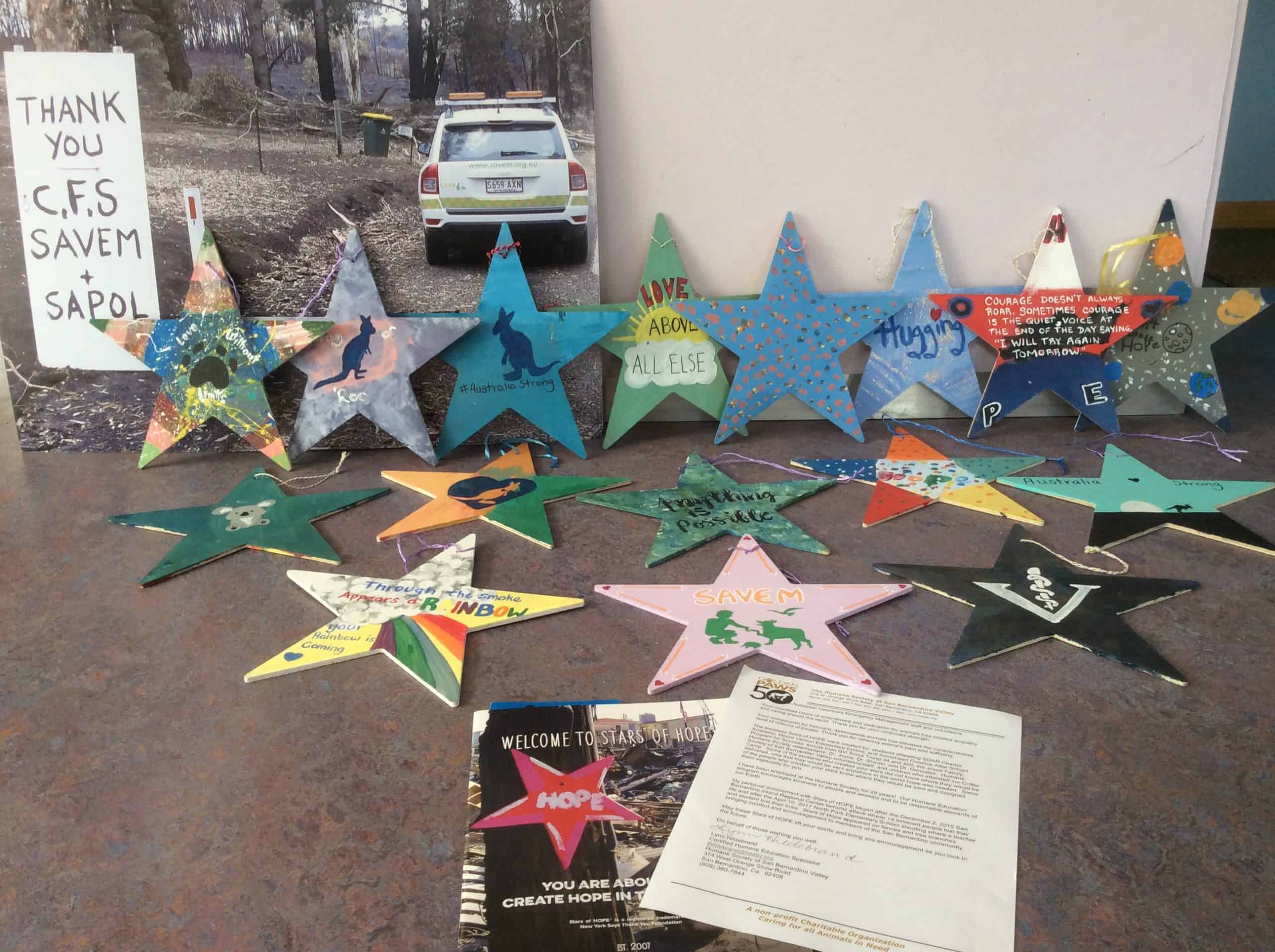