SAVEM and the Bushfire Royal Commission

Like almost 1400 other organisations and individuals, SAVEM submitted an initial information report – NND 001.00414 – at the beginning of the Commission’s work.

In July the Commission summonsed SAVEM along with one other animal/wildlife organisation to provide a written evidentiary submission – NND 300.006.152.

Subsequently SAVEM was summonsed to present via video link directly to the Commissioners – transcript P2279.

In the Commission’s final report SAVEM is named specifically in Sections 16.24 and 16.29.

This is a reflection of the many diverse ways in which we engage in the emergency management space. Not just for ourselves, rather in the broader context of animal welfare in all hazards emergencies. Other News items on this web site give a broader sense of tasks we engage in in Response and Recovery, while our submissions to this Commission, as to parallel submissions to the SA Keelty Review and the SA Environment Ministers Wildlife & Habitat Working Party, the goal is continuous improvement  which has reflections in the Prevention and Preparedness sectors of Emergency Management as well.

The link to the Royal Commission is: https://naturaldisaster.royalcommission.gov.au/ 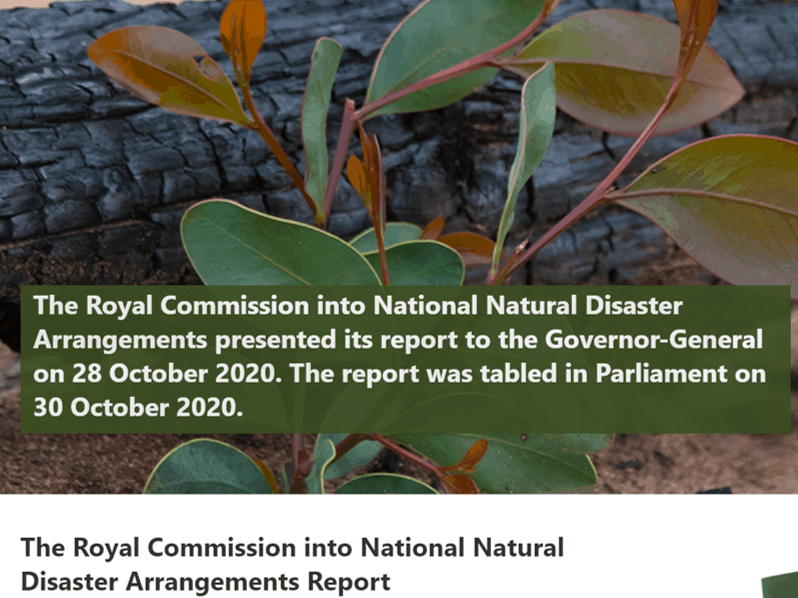